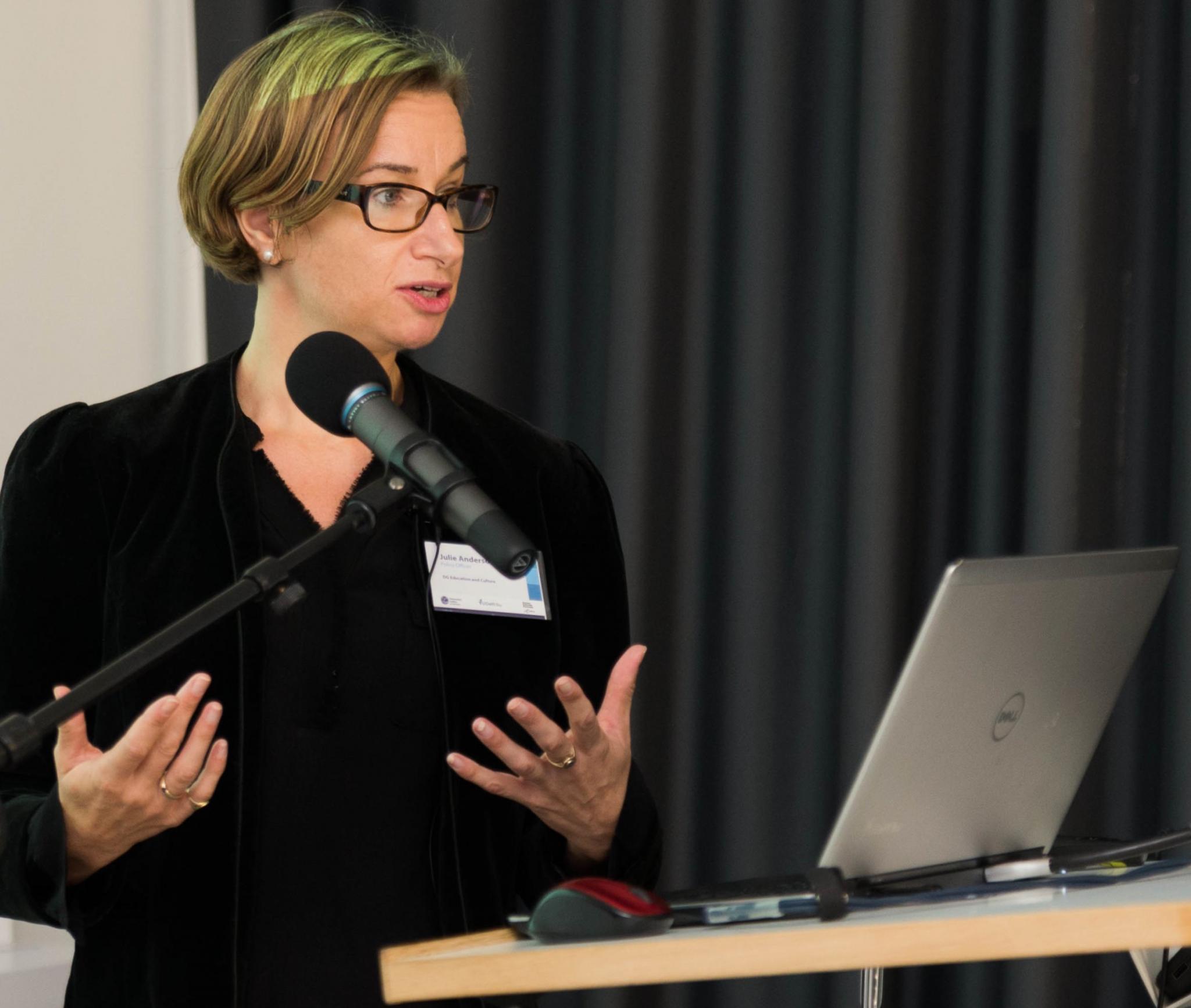 The questionnaire was filled in by 480 European educational institutions and 1005 individual respondents, among whom were students, graduates, teachers and interested citizens. It revealed the following results:

Based on the results of the questionnaire, the EU presented a renewed modernisation agenda, focusing on three main goals:

The EU is involved in the support of refugees in higher education. This can be summed up in three goals:

Three examples of initiatives that help refugees find their place in the Dutch higher education system: 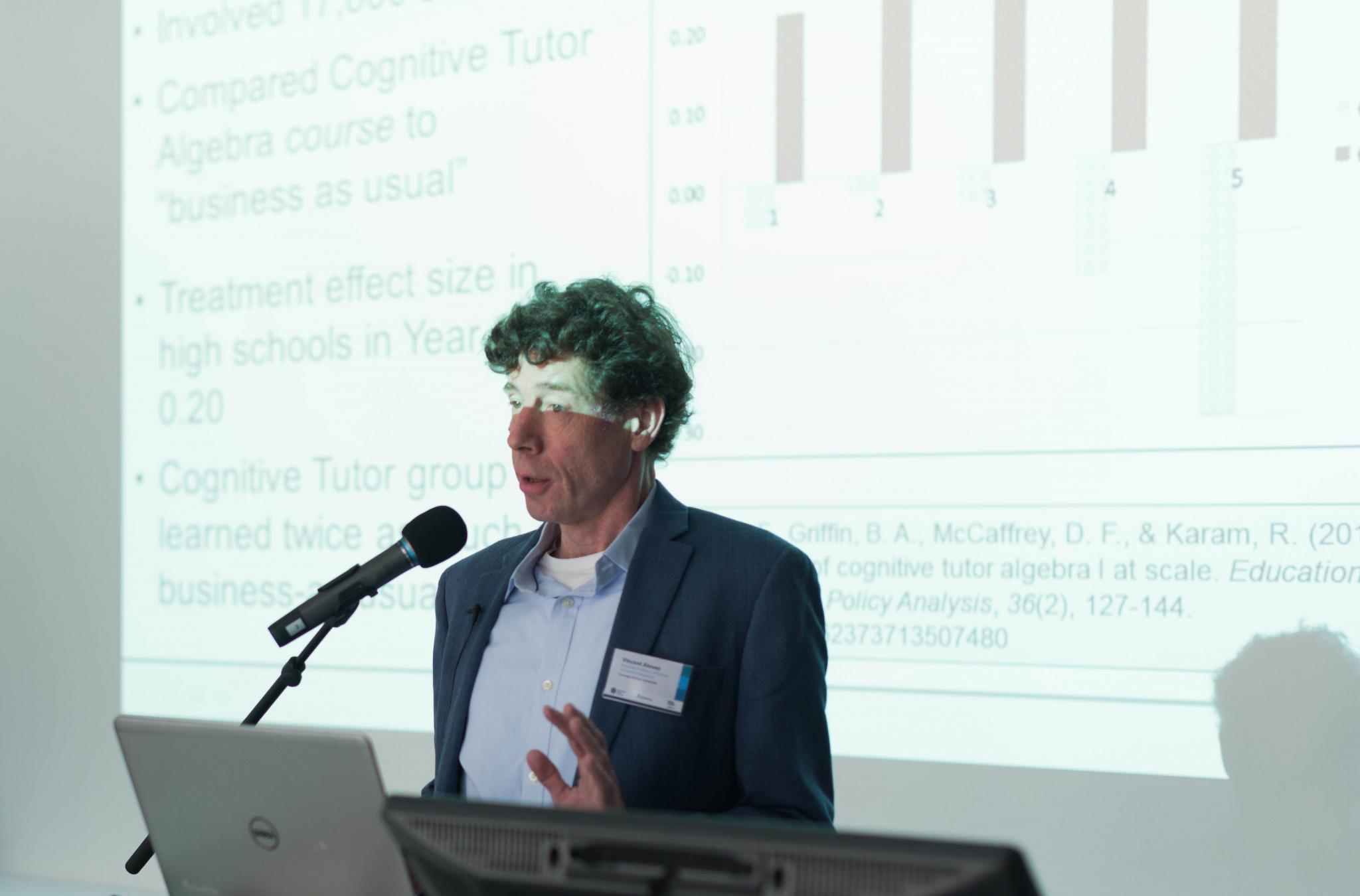 Recent research shows that learning-by-doing is six times more effective than learning by reading or watching video's. According to Vincent Aleven (Associate Professor of Human-Computer Interaction at Carnegie Mellon University), this is useful information to be reminded of when building online courses.

So, how can we support learning-by-doing more effectively? Aleven argues that intelligent tutoring systems (ITSs) are the answer. These adaptive, real-time systems can provide the student with feedback, follow students along different solution paths and react to individual errors.

For example: Cognitive Tutor (CT) software, developed at Carnegie Mellon University, helps teach math skills to 500.000 middle school students per year in the US. Its effectiveness was studied by comparing a group of CT students to a 'business-as-usual group'. Although no differences were found in the first year, in the second year the CT group had learned twice as much as the business-as-usual group.

It takes 200 - 300 hours to build 1 hour of intelligent tutoring instruction. However, there are tools to help teachers build ITSs without programming, available for free. 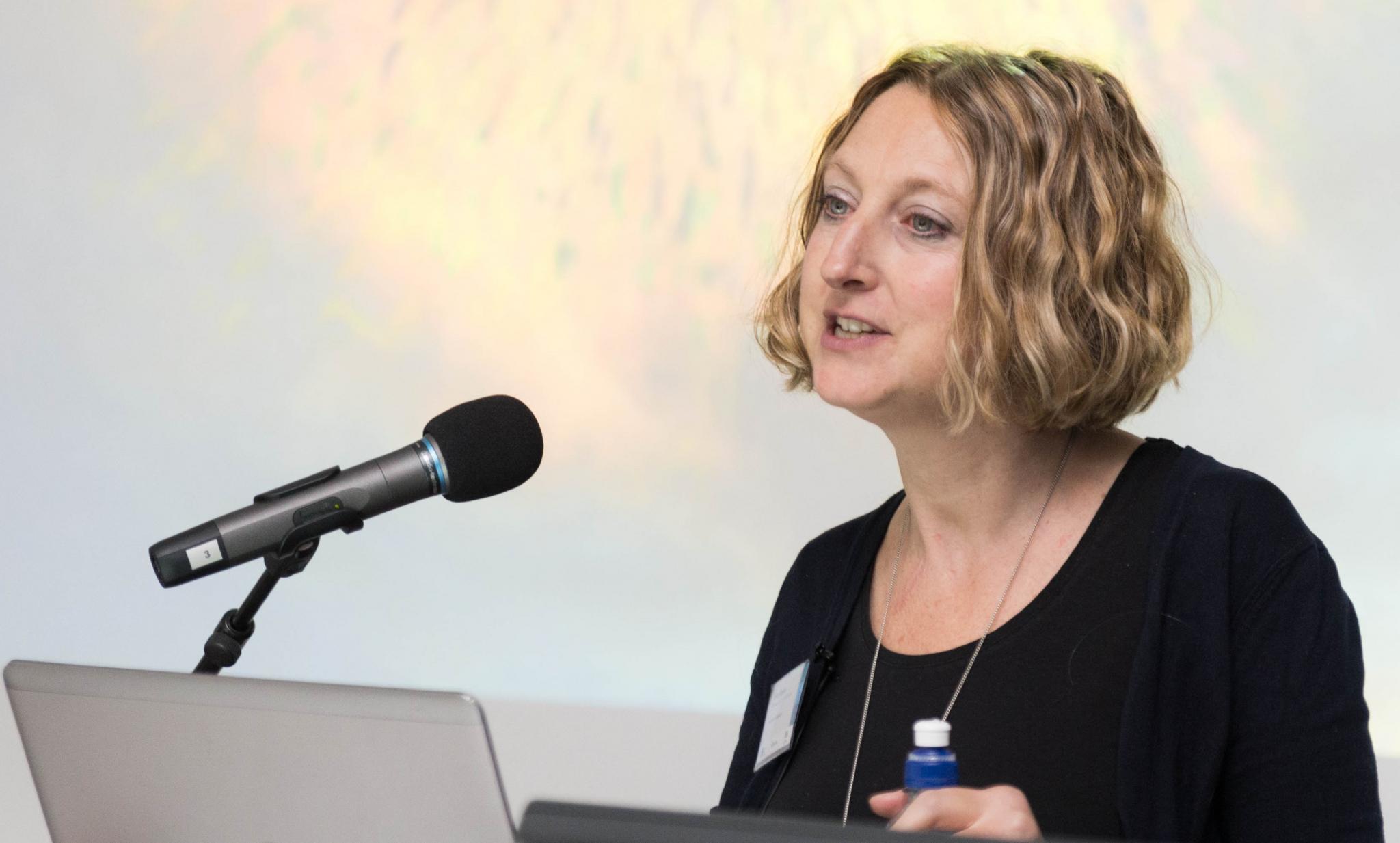 Automated teaching has been widely debated for decades. In these discussions, there's often a question around teacher (in)visibility and teacher agency. There's a fear that technology will replace the human teacher, and that automated teaching will substitute human interaction.

Siân Bayne (Professor of Digital Education at the University of Edinburgh) believes that we need to move away from this 'supercession' rhetoric, and think about technology in education in terms of human entanglement. 'We need spaces to play with these ideas in education and explore what it means to be entangled.'

Together with colleagues of the University of Edinburgh, Bayne developed the Teacherbot. This automated teaching assistant is essentially a Twitterbot, programmed to answer students' questions and give advice. For example, when a student tweeted about the deadline of a paper, the Teacherbot would reply with the due date. In total, 51 rules were programmed: 20 were content-oriented, 7 were social, 13 were administrative and 11 were process-oriented.

The Teacherbot didn't always run very smooth. At one point, its tweets got stuck in a retweet loop. Often, students would test its boundaries by trying to have extensive conversations with the bot. Bayne explains this wasn't a problem, as Teacherbot was developed to experiment, play and think critically about what teaching automation might look like.

Concluding, Bayne argues that Teacherbot was against the idea that technology is a tool that can supercede teachers. Its an argument for micro-interventions driven by teachers. It wasn't about the lack of capacity as teachers, but about excess in teaching. Teacherbot took conversations students were already having into new, interesting directions. 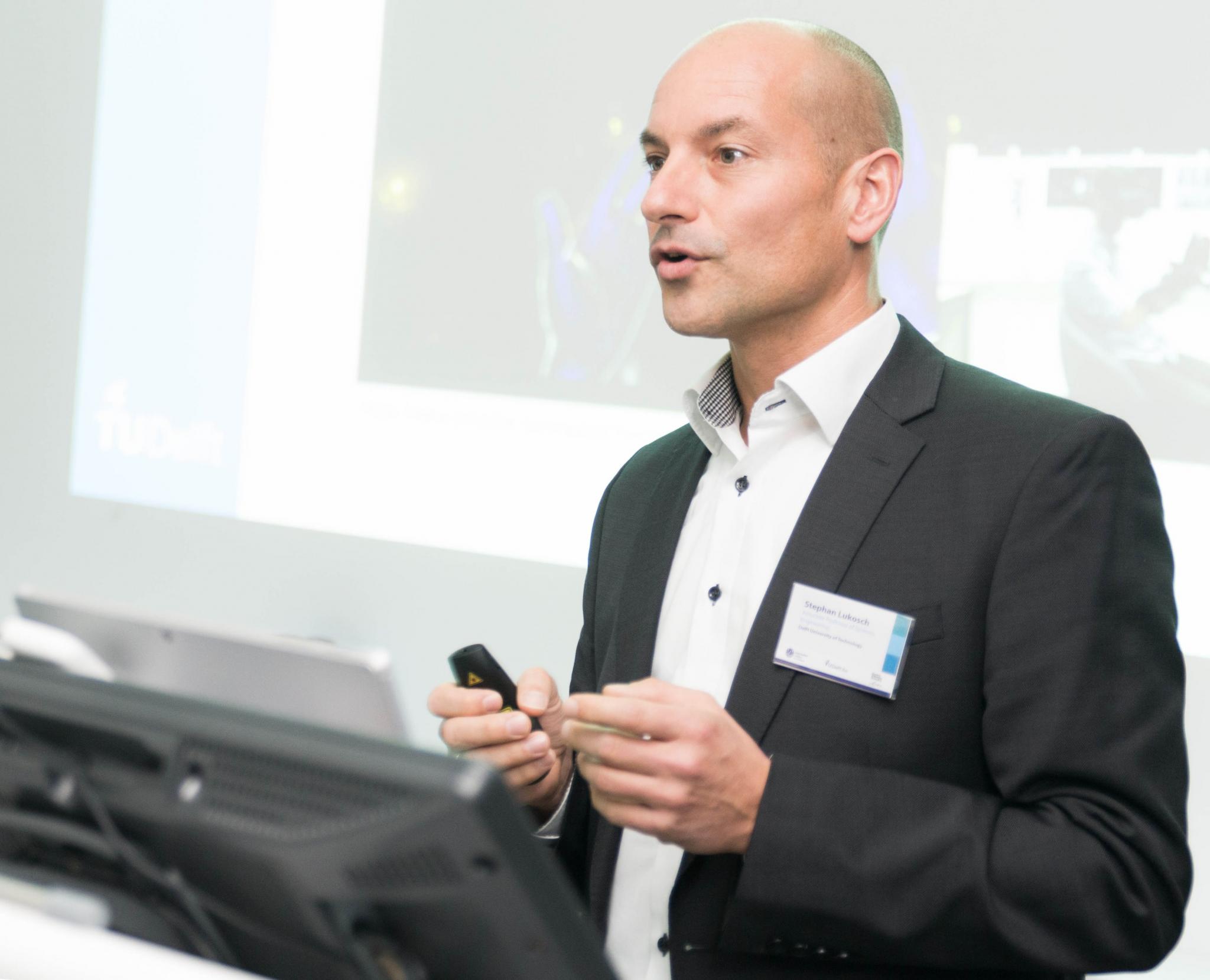 The development of augmented reality technology holds new possibilities for teaching and learning. According to Stephan Lukosch (Associate Professor of Systems Engineering at the Delft University of Technology), there's a difference in weak and strong augmented reality (AR).

An example of weak AR is the popular mobile game Pokémon GO, in which the animations aren't fixed to the real world, so there's hardly any spatial depth. Microsoft's HoloLens is an example of strong AR: objects are fixed to the real world and you can interact with them in numerous ways.Also,every adjustment made by the user is 'saved', so every time you use the HoloLens, you'll find every object in the same place you've left it.

Augmented reality technologies like the HoloLens can be useful in different educational settings. Lukosch names a few:

After Lukosch' presentation, the audience was invited to try the HoloLens on the spot. 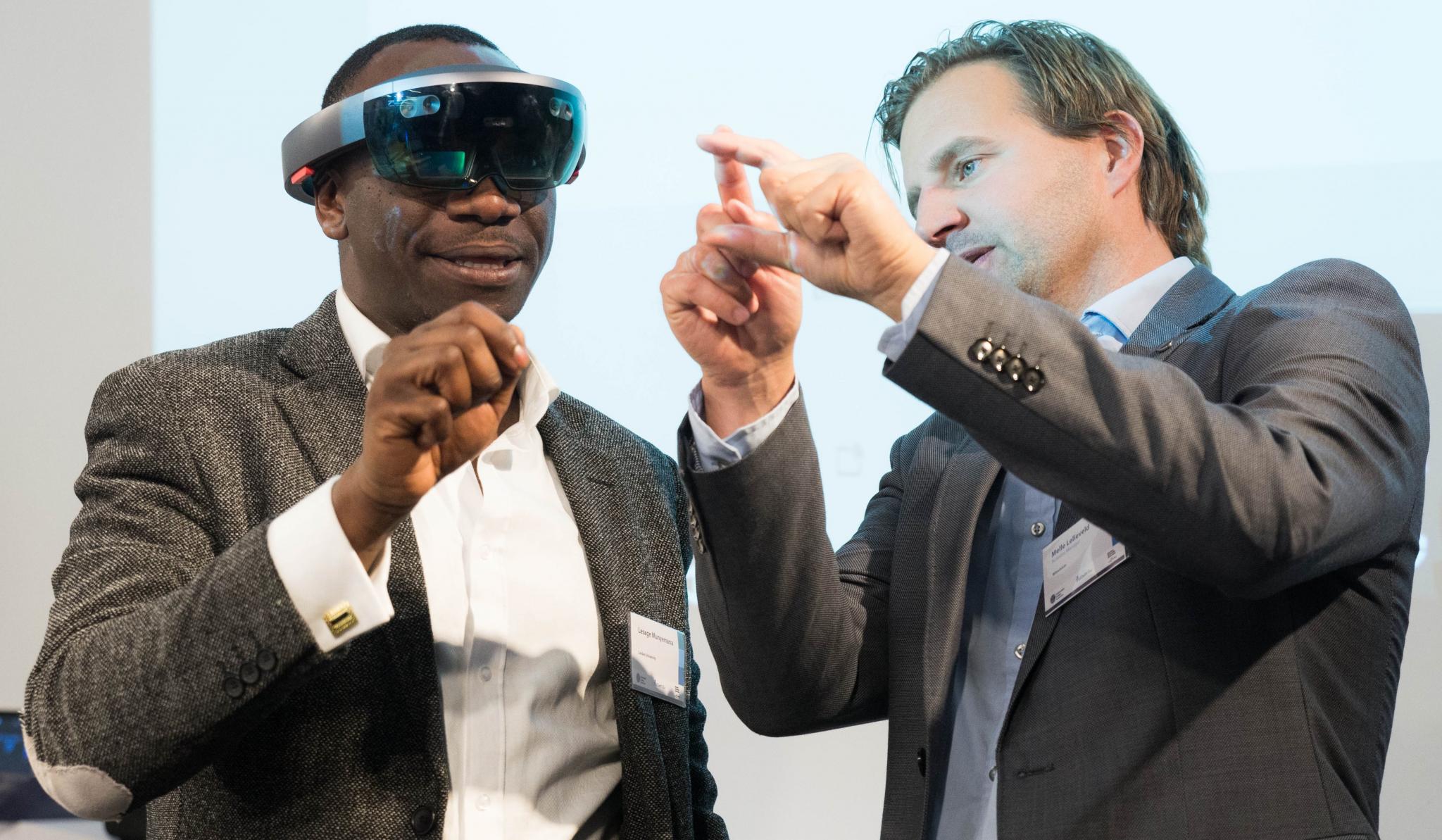